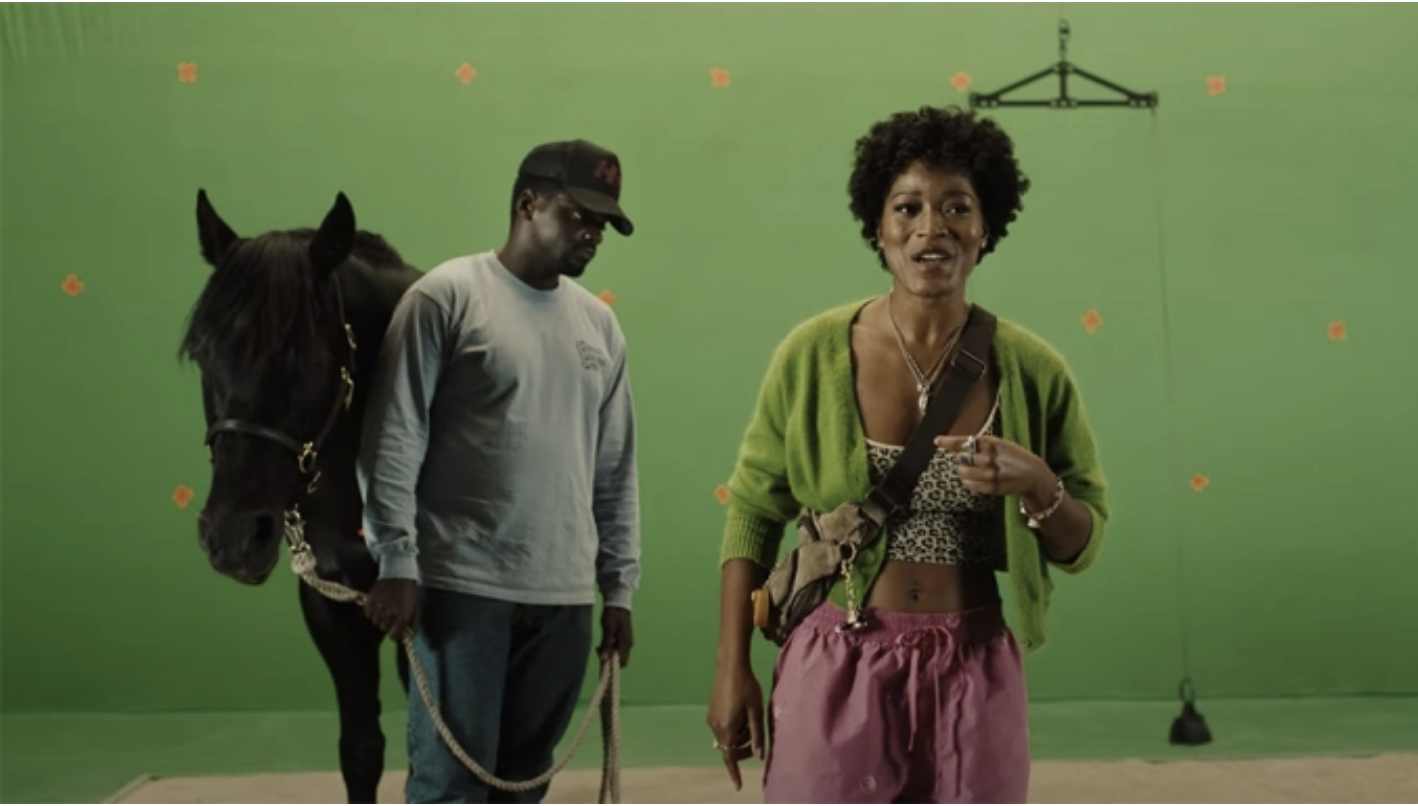 Jordan Peele is back with a new film which is set to be a thriller featuring Daiel Kaluuya and Keke Palmer. Releasing July 22nd, this new film will be released in theaters only.

Just before the Super Bowl, Jordan and Universal Pictures dropped the first trailer for “Nope,” the upcoming third feature film from the acclaimed director behind “Get Out” and “Us.” The studio released the first extended look at the upcoming thriller early Sunday morning.

Following a similar Marketing plan as Jordan did for his film “Us”, the plot of “Nope” has largely been kept a secret. The only information that was initially shared about this coming film was that Daniel Kaluuya, who received an Oscar nomination for his lead performance in “Get Out,” would reunite with Peele, and that Keke Palmer had been cast in a key role.

According to Variety, new information has officially been released, with Steven Yeun joining the cast a month later, and Barbie Ferreira, Brandon Perea and Michael Wincott later rounding out the ensemble. Peele also unveiled the first official poster for the film, which depicts an ominous cloud hanging over what appears to be a carnival, with a kite streamer trailing underneath.

Peele serves as writer, producer and director on “Nope.” Ian Cooper also produces and Robert Graf serves as the executive producer. The film was shot using Kodak film and, in addition to regular formats, will also be released in a 65mm IMAX format. The cinematographer for “Nope” is Hoyte van Hoytema, who most recently lensed weighty science-fiction films like “Ad Astra” and “Tenet.”

Watch the full trailer below:

The 32-second teaser begins with a montage of both Get Out and Peele’s 2019 film Us before showing three consecutive shots of Kaluuya, Yeun and Palmer in different scenes, gazing upwards. The expressions could allude to the menacing poster for the film, which features an ominous cloud.

The film will have cinematography from Hoyte van Hoytema who’s contributed to Let the Right One In, Spectre, and the Christopher Nolan films Interstellar, Oscar-nominated film Dunkirk, and Tenet. Hoytema will also work on Nolan’s next film Oppenheimer.

Are you ready for a new film from Jordan Peele? Are thrillers your thing? Let us know in the comments below! 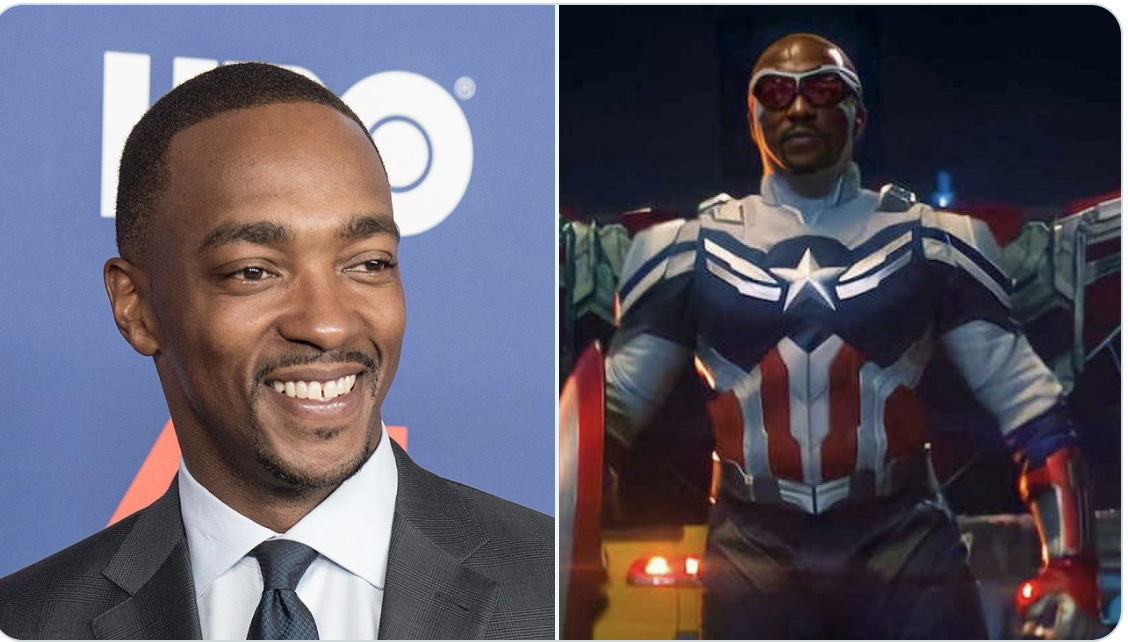 Mackie is a New Orleans native got his start as a trained actor at the New Orleans Center for Creative Arts. Recently, the Captain America star has shifted from in front of the camera to behind, producing hit films such as “The Banker” and “Outside the Wire.” Now, the veteran actor is taking his talents back home, closing a deal to purchase 20 acres of land in New Orleans East, with the hope of building a film and television production studio.

NOLA Mayor LaToya Cantrell has praised Mackie’s efforts, noting that developing projects in the state could be a major boost for the local economy and community. While Mackie spoke via his agent, saying the deal was too fresh to discuss details, the actor has secured land on the I-10 Service Road near the Little Woods neighborhood.

The New Orleans East is making a comeback, bam💥👏

This is INCREDIBLE !!💛⚜️

The influx of productions will not only bring economic growth but job opportunities! pic.twitter.com/h0hlswdh1g

Mackie isn’t the only Hollywood star to set his sights on the southern city either, New Orleans native Tyler Perry also looking to build a film studio in his hometown.

“Years ago, we talked about us being Hollywood South. I think maybe we’re finally in a position to make it happen and for New Orleans East to be the foundation for that to happen…To have Captain America and his brand and his star power I think it helps to support all the other investments,” said Thomas.

Purchases like this continue to add to the new boom of Black owned businesses and the support that the Black community has been intentionally showing towards these types of efforts. We’re excited to see how this project continues to develop and how it inspires others to make similar moves! 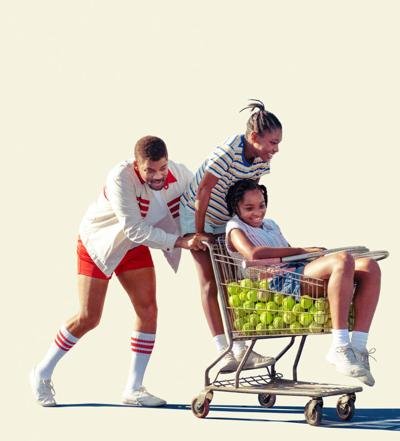 The trailer showcases some of Aretha’s most well known classics that will be in the film such as “Respect,” “A Natural Woman (You Make Me Feel),” and “Think.” The cast includes big names in entertainment such as Oscar winning actor Forest Whitaker, comedian Marlon Wayans, and Mary J. Blige.

Jennifer Hudson expresses her gratitude for being hand-picked by Aretha herself to play this role saying “For her to choose me, I can’t even put it into words. I do not take it lightly. I just think it’s like a dream come true” in an interview with Good Morning America.

The film goes through Aretha’s life from childhood, singing in the church, to adulthood as a successful as a soul singer. Hudson went through much studying (from knowing Aretha Franklin herself) and training for this role. She learned how to play the piano, copied Aretha’s personality and mannerisms, but did not want to imitate Ms. Franklin’s singing voice, rather sing the songs in her own way.

The biopic has not yet been confirmed to be released on any streaming platforms.